Article published in the web of the CRI: Esteban Romero’s visiting guest at the CRI (sept-dec 2011)

This is the summary of the most remarkable activities I carried out at the Centre de Recherches Interdisciplinaires (CRI; @CRI_FdV_AIV) during my 3 months visit (September 15th – December 15th). 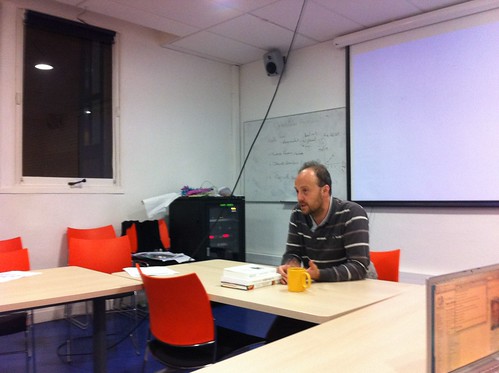 François Taddei, director of the CRI

A) I gave a seminar titled “How to create a knowledge ecosystem using digital tools” (December 6th).

B) I participated in two courses: Open Science and Scientific Discovery Games. In the Open Science course I discussed some ideas to introduce the topic in one of the first sessions (see the article: “Open Science: an introduction to achievements and challenges“).

C) I attended regularly the meeting organised by two scientific clubs at the CRI: Fabelier and Learnit Lab. 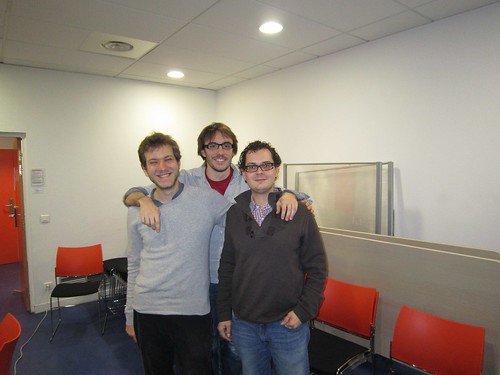 Fabelier (@fabelier) is “a *Lab to create new things”. It belongs to the Hackerspaces.org network. The lab is hosted and sponsored by the CRI in the AIW Web Science Master spinneret of AIV. Activities:

Learnit Lab (blog and reddit) is “a collaborative project between les Nouveaux Étudiants, Makesense and the CRI – The Center of Interdisciplinary Research. Learnit Lab is a center for workshops and idea making concerning empowering learners. Created by les nouveaux étudiants (The new students) movement and the CRI (The center for interdisciplinary research). We want to achieve this by providing a physical as well as a virtual space to meet, discuss, exchange resources, conduct workshops and lectures by some of the world’s most brilliant thinkers and creating a learning by doing community.” Who are behind the initiative apart from the CRI? 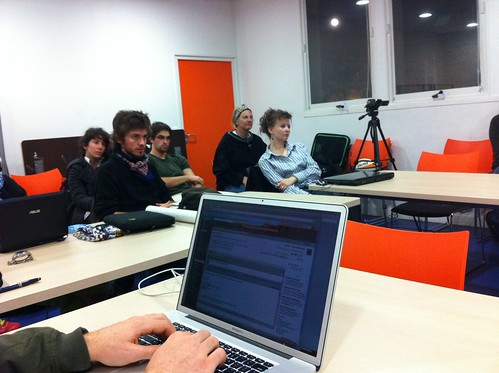 Meeting at the CRI

D) I attended other meetings and conferences and had the opportunity to exchange views, ideas and projects with many scientifics, academics and practioners working in very different disciplines. For example:

© Esteban Romero. Unless otherwise noted this site and its contents are licensed under a Attribution-NonCommercial-ShareAlike 3.0 Unported license.