Day of DH is an open community publication project that brings together scholars interested in the digital humanities from around the world to document what they do on one day, April 8th, answering the question, «Just what do digital humanists really do?»

Please, first take a look at the Atlas: atlascshd.org

A bit of history

In 2013, GrinUGR – Collaboratory for digital cultures in social sciences and humanities started a research project, funded by CEI-BioTic Granada, with the purpose of capturing information about centers, projects and researchers working on Digital Humanities and Social Science. With this name we tried to include not only Humanities but all the Social Sciences approaches (as described for example as eResearch). As a result of this project, in spring 2013, GrinUGR collaborators started to collect cases worldwide and to design the infrastructure to visualize this information on a map. Around 300 cases were collected, including items in Spanish, English and other languages.

On June 10, 2013, on the occasion of the celebration of the Día de Humanidades Digitales en español, Élika Ortega and Silvia Gutiérrez launched a questionnaire to collect information on digital humanists (around 80 people responded to it). This initiative was called MapaHD and has been included as a chapter in a forthcoming book edited by GrinUGR and as a conference paper in the next DH Conference in Lausanne.

In January 2014, I proposed Elika to create a new resource titled Atlas of Digital Humanities and Social Science using the infrastructure developed by GrinUGR to develop a public database of cases following the initial aims of GrinUGR and MapaHD. As a result today, after 2 months, the Atlas includes 130 researchers, 41 projects, 15 centers and 11 different resources.

All the cases are geolocalized in the map. A table shows the items that can be seen in the map at any time in order to make navigation easier. 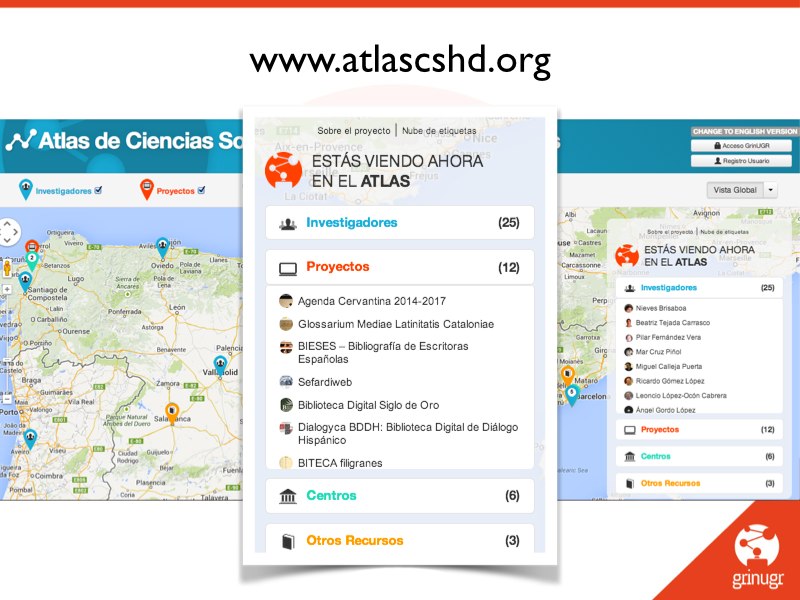 All the cases (researchers, projects, centers and resources) can be interconnected in the database. Those connections are drawn in the map. 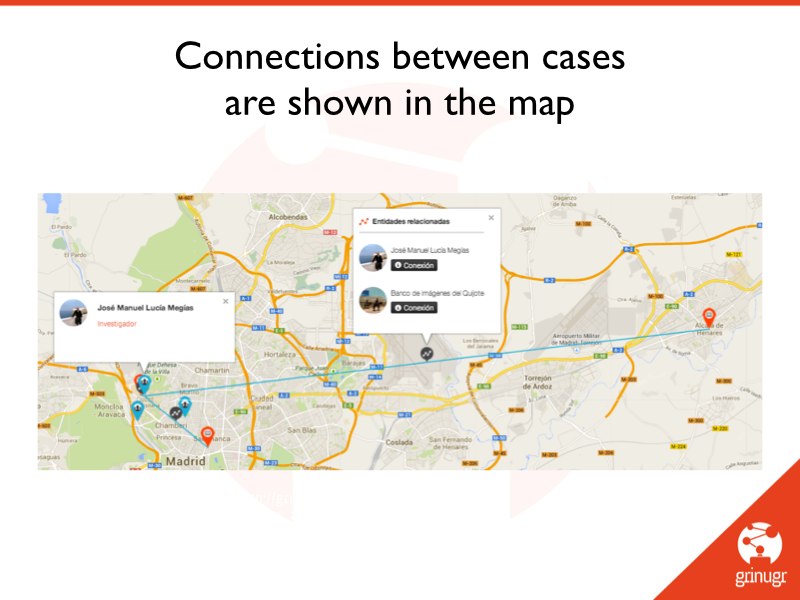 Every case has a webpage with a full profile and basic information such as twitter, Facebook, address, connections, etc. 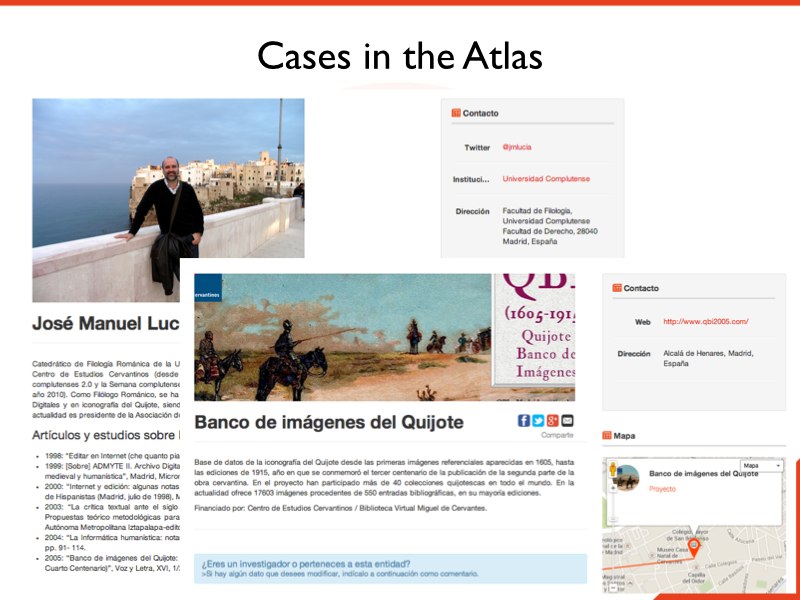 Identification and collection of data

The cases are collected through self-identification of researchers with the idea of “Digital Humanities and Social Sciences”.
The collection of data is based on: 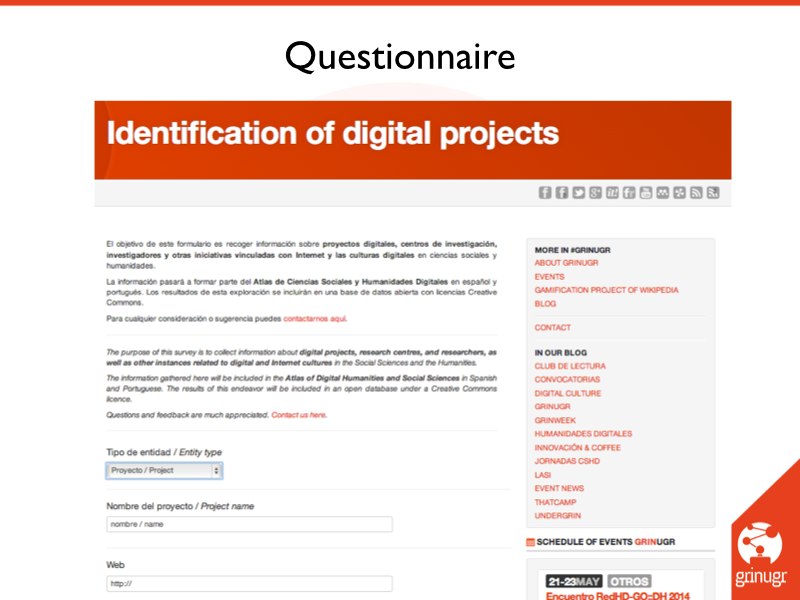 If you need all this information in a single presentation, please check the following Slideshare.